The Kanon of Pythagoras: A single-string Sonometer (7th B.C.)

A monochord, also known as single-stringed sonometer, is an ancient musical and scientific laboratory instrument, involving one (mono-) string (chord), upon which points may be delineated (signifying where the string must be stopped to give certain notes), allowing comparisons. The string is fixed at both ends and stretched over a sound box. One or more movable bridges (tasta) are then manipulated to demonstrate mathematical relationships among the frequencies produced. “With its single string, movable bridge and graduated rule, the monochord (kanōn [Greek: law]) straddled the gap between notes and numbers, intervals and ratios, sense-perception and mathematical reason.” (C. David, 2010). Music, Numeracy and Astronomy were inexorably linked to it, at the time.

Although primarily a philosopher, in the modern world, Pythagoras is most of all famous as a mathematician, because of the theorem named after him, and as a cosmologist, because of the striking view of a universe ascribed to him in the later tradition, in which the heavenly bodies produce “the music of the spheres” by their movements. A famous discovery attributed to Pythagoras (7th century B.C.), in the later tradition was that of the central musical concords (the octave, fifth and fourth) corresponding to the whole number ratios 2 : 1, 3 : 2 and 4 : 3 respectively (e.g., Nicomachus, Handbook 6 = Iamblichus, On the Pythagorean Life 115) via his monochord. The acusmata reported by Aristotle, report on the tetraktys (literally “the four”), which is “the harmony in which the Sirens sing” (Iamblichus, On the Pythagorean Life, 82, probably derived from Aristotle), referring to the first four numbers, which when added together equal the number ten (regarded as the perfect number in fifth-century Pythagoreanism).

The Pythagorean monochord (kanōn), a one-string zither finds its oldest known written trace in Division of the Canon (probably by Euclid). It is described as a long hollow wooden box along the top of which is stretched one string, rigidly attached to the box at one end, with provision at the other for changing the tension. As such, it could be used for studying audible changes in pitch (fractions above/below some fixed original frequency), as well as showing that frequency varies inversely as the length (or as the square root of the mass per unit length) of the vibrating string, or directly as the square root of its tension. No concrete evidence about the actual dimensions or materials has been found so far, however a lot can be inferred from the way ancient Greeks managed to transform auditory experience to visual perception; namely acoustical axioms, purely mathematical propositions and a series of corollaries relating notes within the Greater Perfect System.

ERA Chair team members will attempt to thoroughly study all written descriptions associated with the device and draw from ergonomics principles (subjected to unit-of-measurements constrains pertaining to location and epoch), and come up with sound scientific assumptions to a point where an operational digital version is made possible. A functioning replica, stemming from an appropriate (holistic) digital documentation cycle, could shed new light on the mechanics involved, as well as the usage and overall value of the instrument. More importantly, by employing modern (2D/3D) modeling techniques, numerous use and/or re-use applications may emerge, especially in educational contexts. In a properly equipped laboratory setting, apart from its traditional usage in studying the arithmetic of proportional scalar quantities, it can be used to: a) study the string 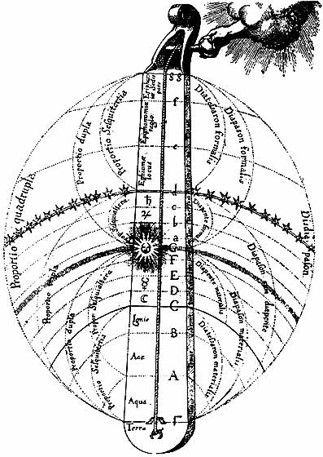 Barbera, A. (Ed.). (1991). The Euclidean Division of the Canon: Greek and Latin Sources: New Critical Texts and Translations on Facing Pages, with an Introduction, Annotations, and Indices Verborum and Nominum Et Rerum (Vol. 8). U of Nebraska Press.