The Hermitage of Saint Neophytos

The Hermitage (enkleistra) of Saint Neophytos is one of the most celebrated Byzantine twelfth-century monuments worldwide, given the high quality and the unique iconographic program of its frescoes, encountered nowhere else in the Byzantine world, as well as the fact that the whole complex was cut in rock. For these reasons it has been included in the UNESCO World Heritage List.

Saint Neophytos the Recluse (1134-ca.1214) is one of the most important Cypriot Saints and historic figures. He was a prolific writer who composed his biography, an account of the first years of the Latin conquest of the island, as well as several theological treatises. At the age of 17 he became monk at Koutsoventis Monastery. In search of the solitary life, he quitted this Monastery two years later. After many adventures he decided to become an ascetic at the mountainous area above the city Paphos. In 1159 he started building his cell, by enlarging and modifying an already existing cave, which was expanded into a complex comprising three caves: the Cell, the Bema and the Naos dedicated to the Holy Cross.

Neophytos soon became a well-known spiritual figure and in 1170 he was forced by Basil Kinnamos, the bishop of Paphos at the time, to accept a disciple. During this same period, the Enkleistra began to be extended and was adorned with paintings, while the whole cliff was excavated for the creation of additional cells. This extension phase included possibly as well the Refectory, which it was also adorned. According to Neophytos’ testimony, however, the Naos was excavated in 1183. The increasing number of pilgrims visiting him, obliged Neophytos to dig another cave above the first one (the so-called New Zion), in search of solitude and inner peace. This latter cave was completed and painted by the end of 1197. According to written testimonies, the Enkleistra was painted in 1183 by Theodoros Apseudis, likely a Constantinopolitan painter who came to Cyprus at the instigation of the bishop of Paphos Basil Kinnamos. To the same painter are also attributed the Bema and the Naos of the church of the Virgin at Lagoudera (UNESCO World Heritage monument in Cyprus, dated ca. 1192), as well as at least seven icons currently owned by different ecclesiastical institutions in Cyprus.

The Holy Monastery of Saint Neophytos has long been a partner of DHRLab and so the ERA Chair team can start working without delay on the case study of Saint Neophytos’ Enkleistra. DHRLab has already digitally documented the Enkleistra of Saint Neophytos. However, the data acquisition didn’t move beyond the geometric (3D) documentation of it, as well as 2D photographs. More precisely it included scanning by a terrestrial time-of-flight laser scanner for the exterior of the complex. The inside of the upper part of the Enkleistra was digitized through the acquisition of photos, sufficient for the creation of 3D models. The aforementioned data acquired in the context of past projects, in which DHRLab was involved have been made available for ERA Chair team members to be used, exploited and further processed. Despite, however, the accuracy of the 3D documentation, the Enkleistra of Saint Neophytos has not been documented holistically since the history of the monument, its materials, the different phases in its lifecycle, as well as the personalities and therefore the intellectual and theological currents connected to it have been overlooked.

The documentation of the iconographic cycle of the frescoes necessitates further research in secondary sources (published material, documentaries, audio material) for tracing the intellectual contacts of Saint Neophytos. It also entails delving into his numerous works (already published), allowing thus a restitution, even a partial one, of the period between the late-twelfth- and the early-thirteenth-century intellectual environment prevailing at the Hermitage, which has undoubtedly defined the choices of Saint Neophytos, the person responsible as well for the iconographic cycle’s composition. The importance of the complex, as well as the vast array of evidence which should be collected for its holistic documentation, make of it a challenging case study to include among those that the ERA Chair team will deliver. 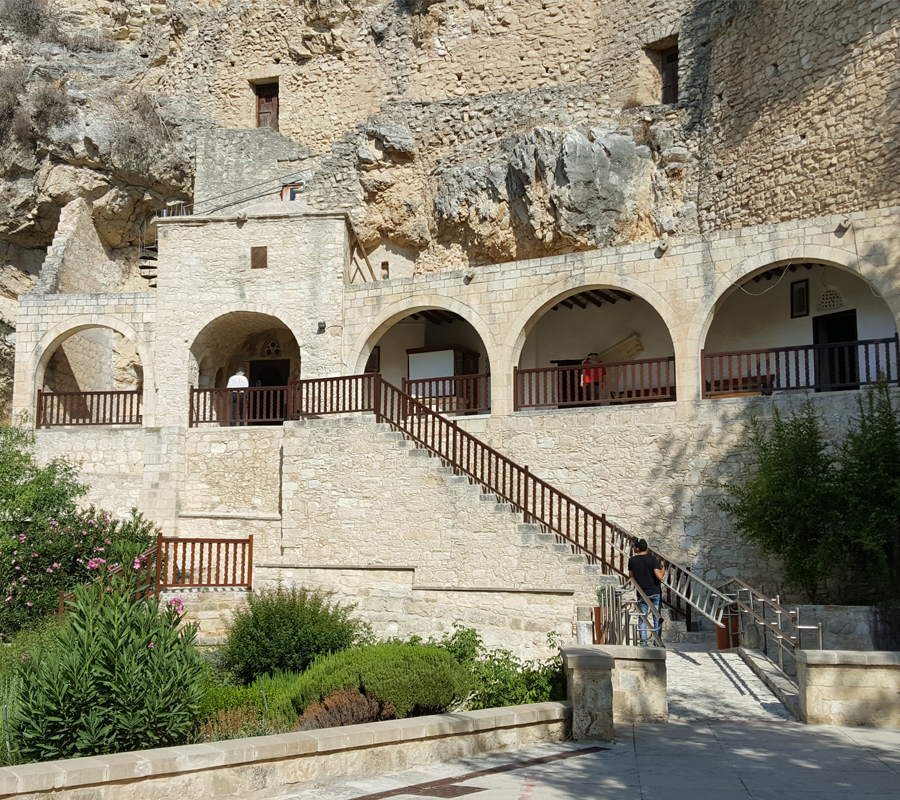 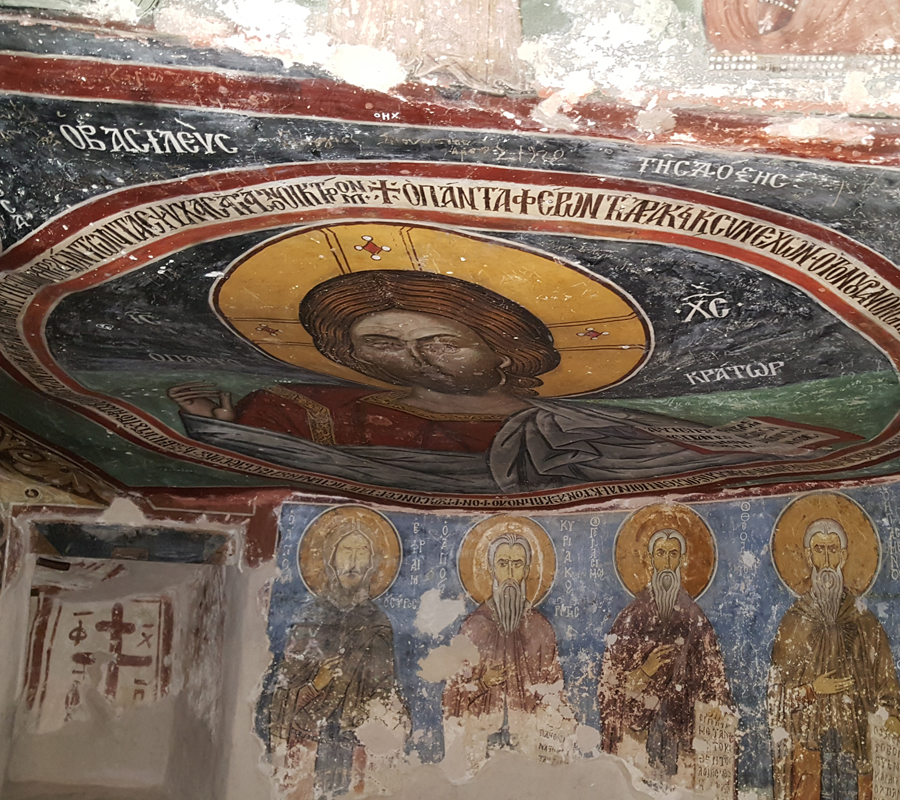 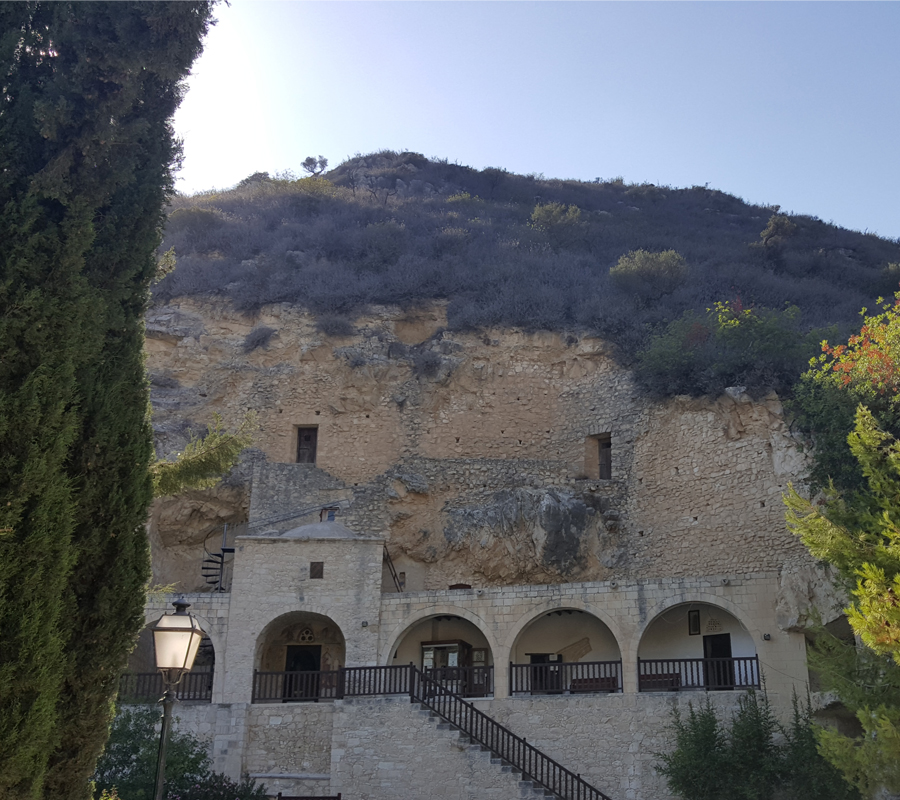 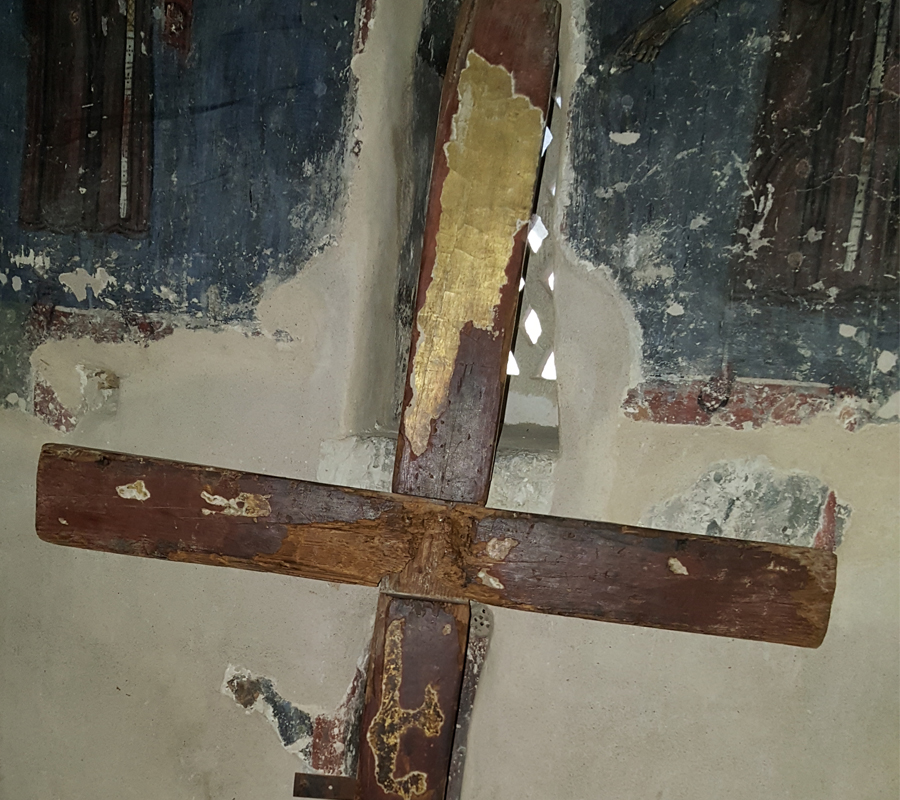 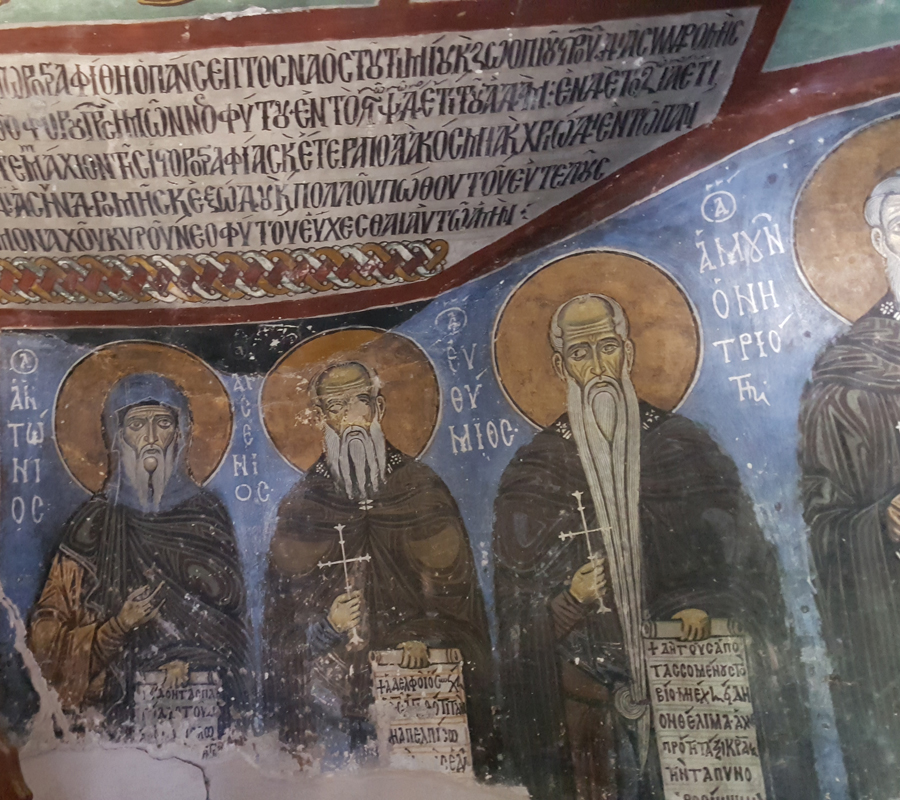 C. Galatarioutou, The Making of a Saint: The Life, Times and Sanctification of Neophytos the Recluse. Catia Galatariotou. Cambridge University Press, 2004.

I. Kakoulli and C. Fischer, “The Techniques and Materials of the Wall Paintings at the Enkleistra of St. Neophytos (Phase II),” 2012.