The Church of the Virgin Karmiotissa

The church of Panagia Karmiotissa is dedicated to the Mother of God the Merciful (Panagia Eleousa). It is located north of the area of Pano Polemidia, at the outskirts of the city of Limassol, Cyprus. The foundation of the church is dated to the period spanning the late thirteenth century and the early fourteenth century by Roman-Catholic monks belonging to the Order of Carmelites, who migrated to the island following their expulsion from Mount Carmel in Palestine. The monument is currently the sole remnant of the Monastery founded by the Carmelite monks and is therefore considered an important vestige of the establishment and presence of the Mendicant Orders on the island during the Frankish period. It constitutes furthermore an evidence of the installation in Cyprus of refugees who have fled the Arabic conquest of places like Syria and Lebanon, during the period spanning the seventh and the thirteenth century.

The monument which was fully constructed from regular ashlars is a pointed barrel-vaulted structure, unusually spacious for a rural Cypriot church. The two additional sections attached to its north wall, most probably two adjacent chapels, are preserved today in a ruinous state. A third doorway in the North wall -the other two are currently opened in the West and the South walls- which was later sealed connected the interior of the church with the two chapels. The corners of the west wall bear the bases and the generation of arches that may have supported a gateway or a narthex. One of the upper arch cantilevers is decorated with a figure, most probably that of a Carmelite monk, preserved in a bad condition. The interior of the church is not decorated and there are no traces of plaster, indicating thus that it has never received a painted decoration. The monument was restored several times between 1952 and 2002.

According to the oral tradition, on this very same area a settlement was developed because of the existence of a spring, the water flowing from which, was and is still believed to be holy. Through a water channel, the sacred water was transferred to the center of the nearby city of Limassol, and more specifically to the church of Ayia Napa. Also, above the holy water spring is found a gorse bush which has miraculously survived from the large fire that threatened the Monastery of Karmiotissa and destroyed all the vegetation in the surrounding area. The pilgrims visiting the monument tie to this bush many ex-votos. The church attracts thousands of believers from all over Cyprus, who worship the miraculous icon of the Virgin Eleousa, which belongs to the church.

The church belongs thus to a cluster of monuments and sites of the wider Limassol area associated with the Lusignan ruling family and the Frankish elites, as well as those connected with the religious life of the Latin (Catholic) population of the island of the thirteenth and fourteenth centuries. The digitization and documentation of the church of the Virgin Karmiotissa could thus allow shedding light on this important layer of Cypriot history, during which the island has been flourishing and its court was considered among the most refined and illustrious of Europe. In fact, scholarly interest in the Crusader, Frankish and more generally the Western heritage of Cyprus has long been ignored. Yet, during the last two decades a number of important contributions made on the matter, allowed a better comprehension not only of the monuments, but also of the context in which they were created and used. The case study of the Karmiotissa church could therefore consist of an additional material for shedding light on that historical period and the minoritarian population of the island.

In the context of the “Mnemosyne” project, the ERA Chair team members will move thus beyond the geometrical documentation of the monument. In fact, the monument is a particularly apposite case when it comes to the documentation of its history and rituals executed therein, i.e. of the intangible elements connected to it, such as the Roman Catholic services in Latin language and the history of the Mendicant Orders on the island, for which the monument is a witness. Despite the fact that DHRLab already possesses an important amount of data, for the holistic documentation of Karmiotissa church, it is necessary to collect further datasets. The same task will also apply for the documentation of other thirteenth-fourteenth-century monuments and sites in the area of Limassol, founded or connected with the Frankish and Latin population of the island. 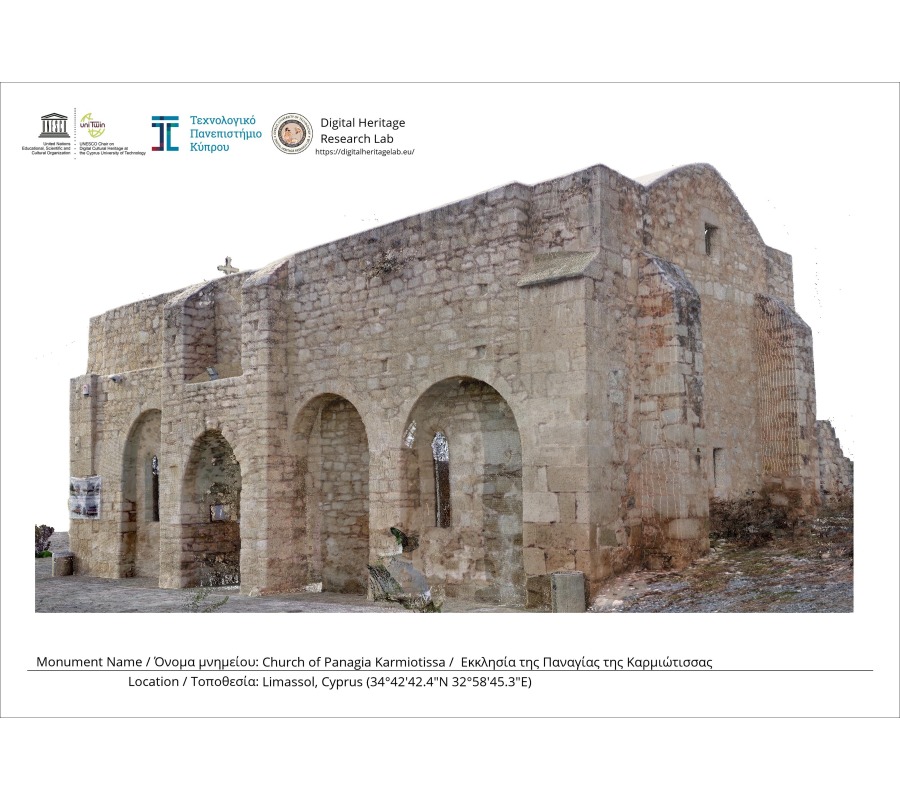 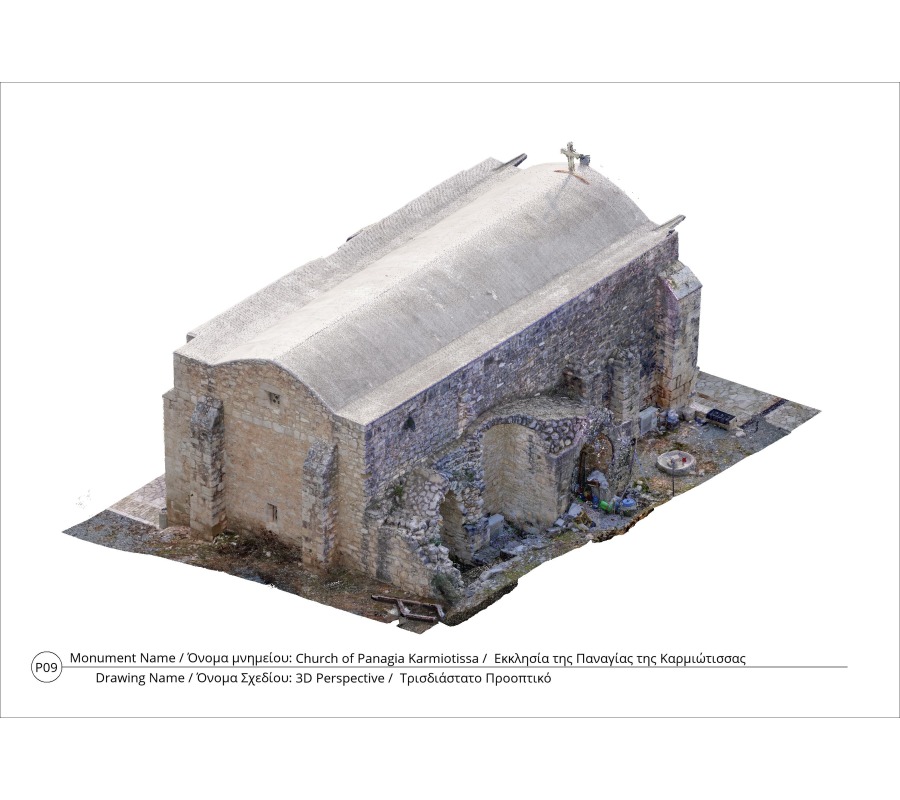 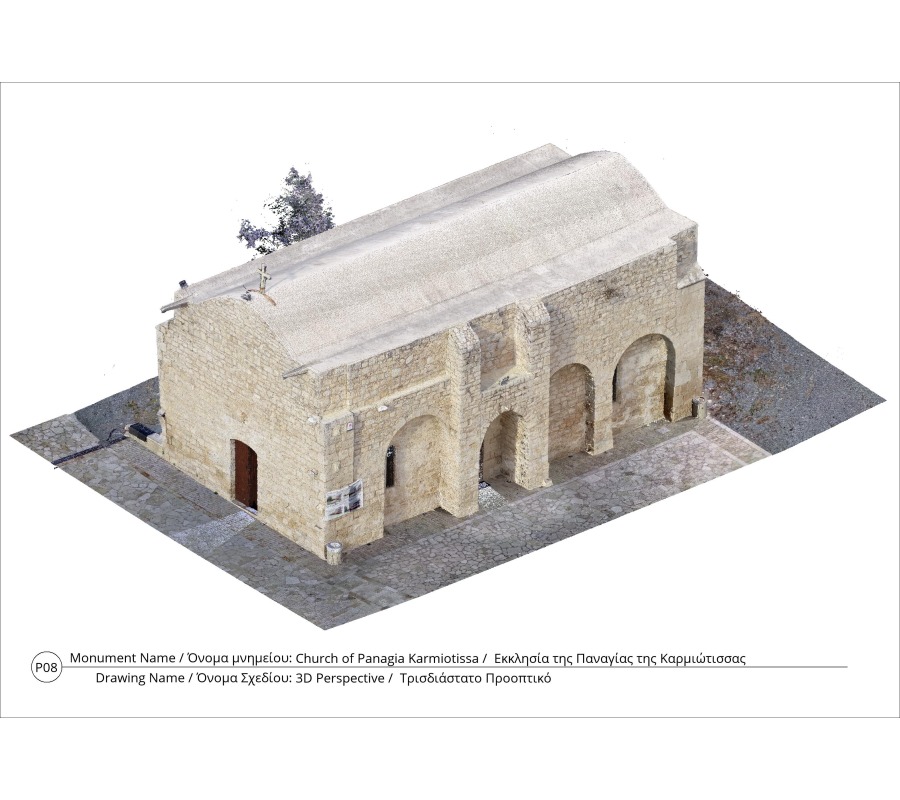 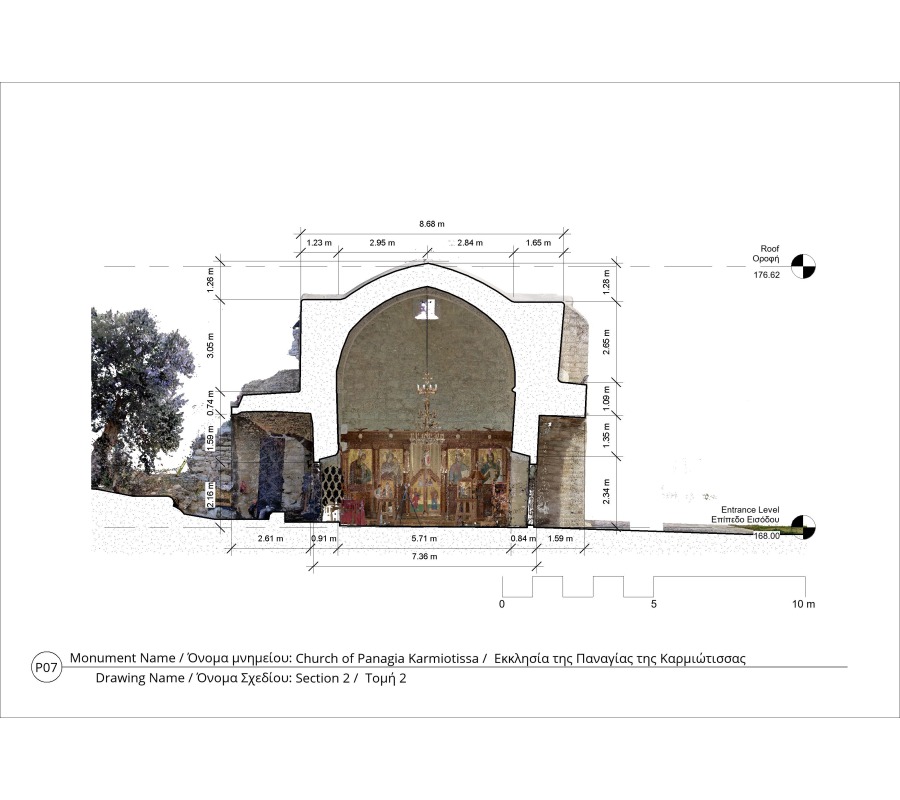 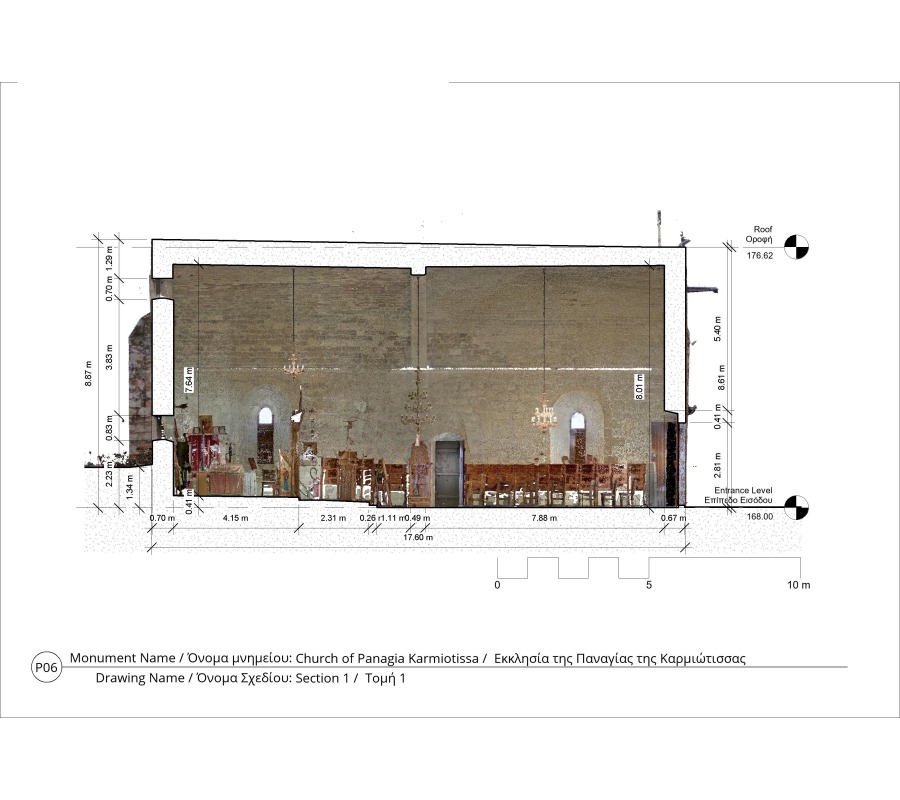 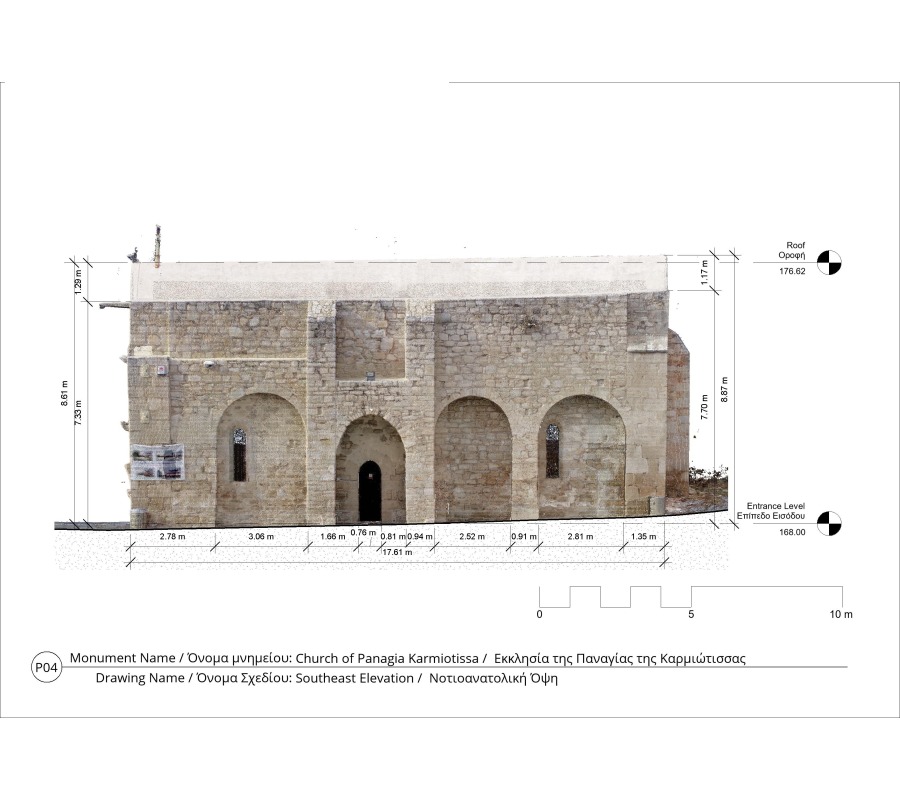 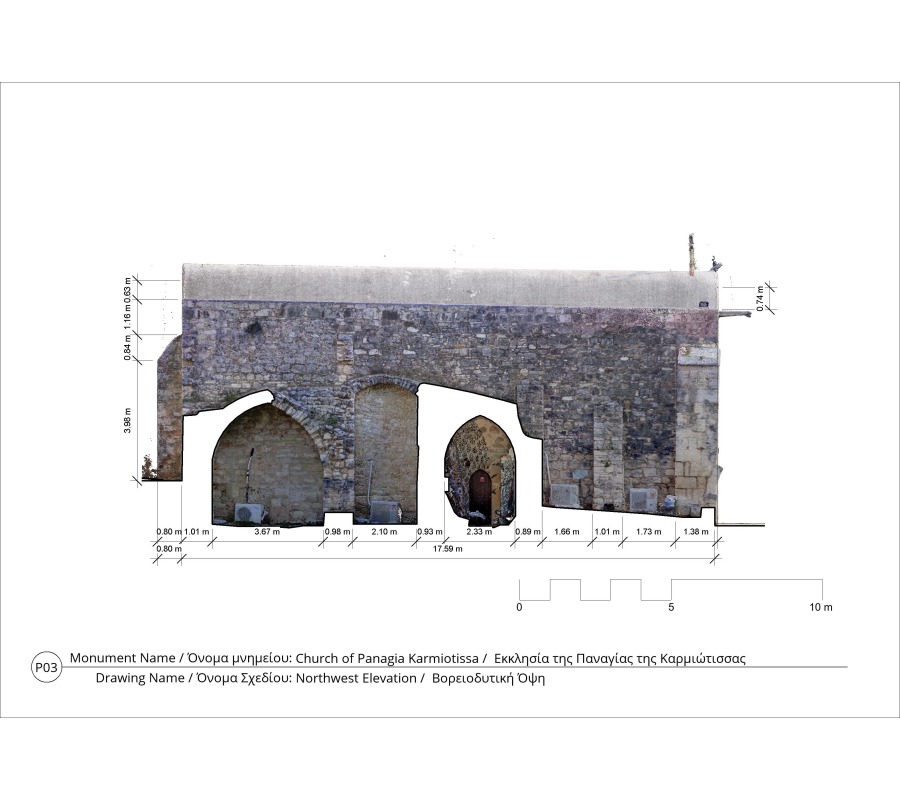 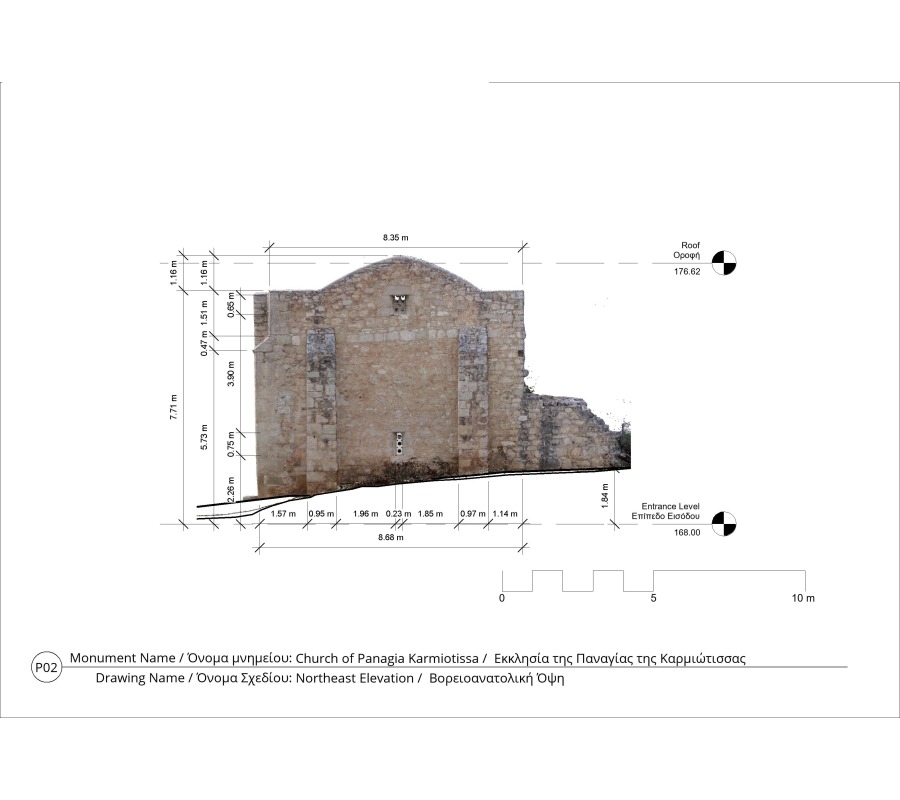 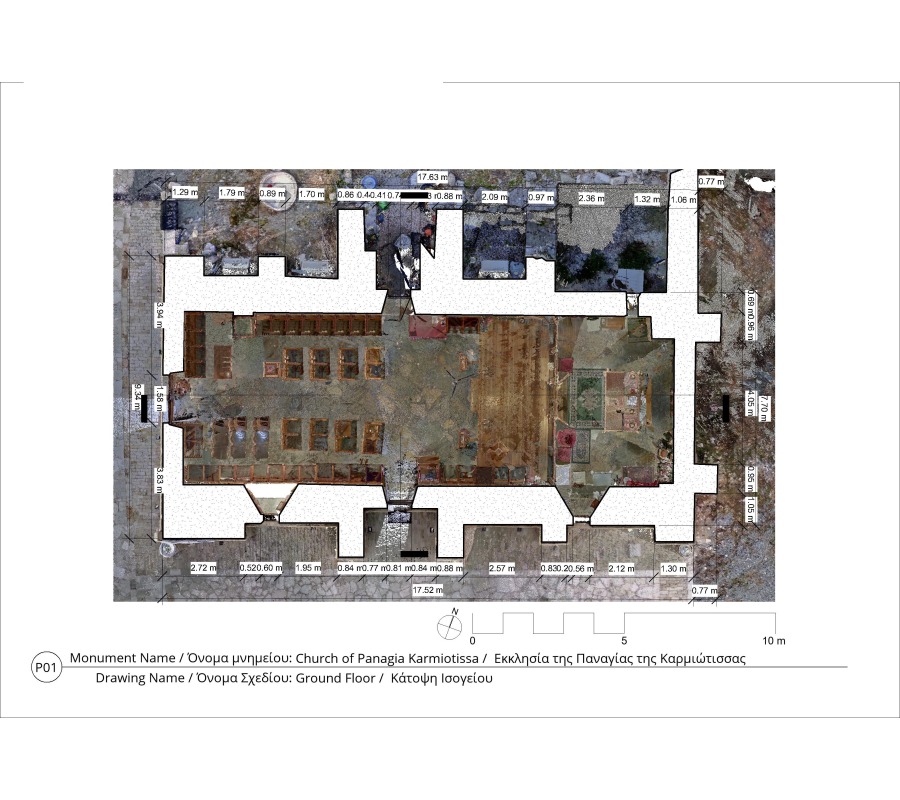 M. Olympios, “Rummaging through Ruins: Architecture in Limassol in the Lusignan and Venetian Periods,” in Lemesos. A History of Limassol in Cyprus from Antiquity to the Ottoman Conques, 2015, pp. 362–500.