The Castle of Paphos

Located at the port of Paphos, the castle has been declared an Ancient Monument in 1935 and a UNESCO World Heritage List monument in 1980. Its main function was to control the gateway of the port and provide defense. Most scholars agree upon the mid-/late-fourteenth century as its date of foundation by the Frankish ruling Lusignan family, despite the absence of reliable testimonies regarding any fortification works carried out between the earthquake which struck Cyprus in 1222 and its invasion by the Genoese in 1373. It currently consists of one of the two towers built in the mid-thirteenth century to replace the nearby fortress of Saranta Kolones, destroyed by the earthquake of 1222. The two towers were connected through a defensive wall.

The castle in its present form is the result of various reconstructions over the years, each representing the most important phases of the island’s history from the Medieval period onwards (Frankish, Venetian, Ottoman). Thus, when the Genoese occupied the fortresses of Paphos, they opened ditches for having them filled with sea water. The Venetians reinforced the fortifications of Cyprus but they didn’t carry out any in defensive works in the district of Paphos.

The earthquake of 1491, as well as the abandonment of the Paphos port led to the destruction of the one among the two towers. In the mid-sixteenth century the Venetians destroyed also the other tower for preventing its conquest by their enemies. After the conquest of the island by the Ottomans, the tower was rebuilt in 1592 by the commander of Cyprus Ahmet Pasha. During the Ottoman period, the castle was used as a prison and as a military garrison accommodation. During the period of the British colonisation of Cyprus, the monument was not used anymore for defensive or military purposes but as salt storage.

The history of the Paphos castle covers also the different restoration works. In fact, throughout the years it underwent various restoration works, for which the Department of Antiquities holds detailed reports and documentation (documents, photographs etc.)

DHRLab has already been a pioneer in the study and documentation of Paphos castle, so it already possesses the authorisation to start immediately working on it. In the context of the project DigiArc (Interreg VA Greece-Cyprus 2014-2020), the members of DHRLab have already collected various datasets, which have been made available to ERA Chair team members to be used, exploited and further processed.

Past research has dealt with references to it in historical sources, photographic archives which include photographs of the castle, and documents. It was also considered in studies dealing more generally with the Medieval or fortified heritage of Cyprus. Dealing with the beforementioned vast array of data will allow ERA Chair team members to document holistically one of the island’s most significant cultural heritage monuments.

The monument as already mentioned above is one among the most significant of Cyprus; its selection however was based as well on the extremely large number and the multimodality of the sources, which are in measure to provide evidence about its history. Thus, beyond the geometrical documentation of a large-scale monument which presents many challenges, data about its materials, currently not in the possession of ERA Chair team, will also be collected in collaboration with external partners of DHRLab. 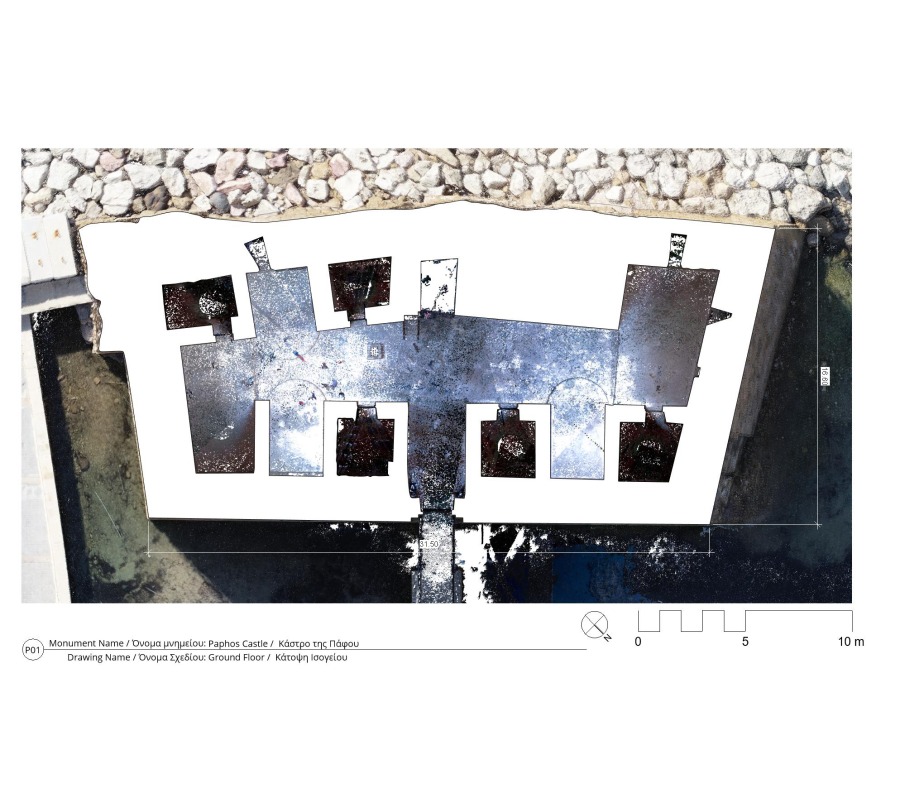 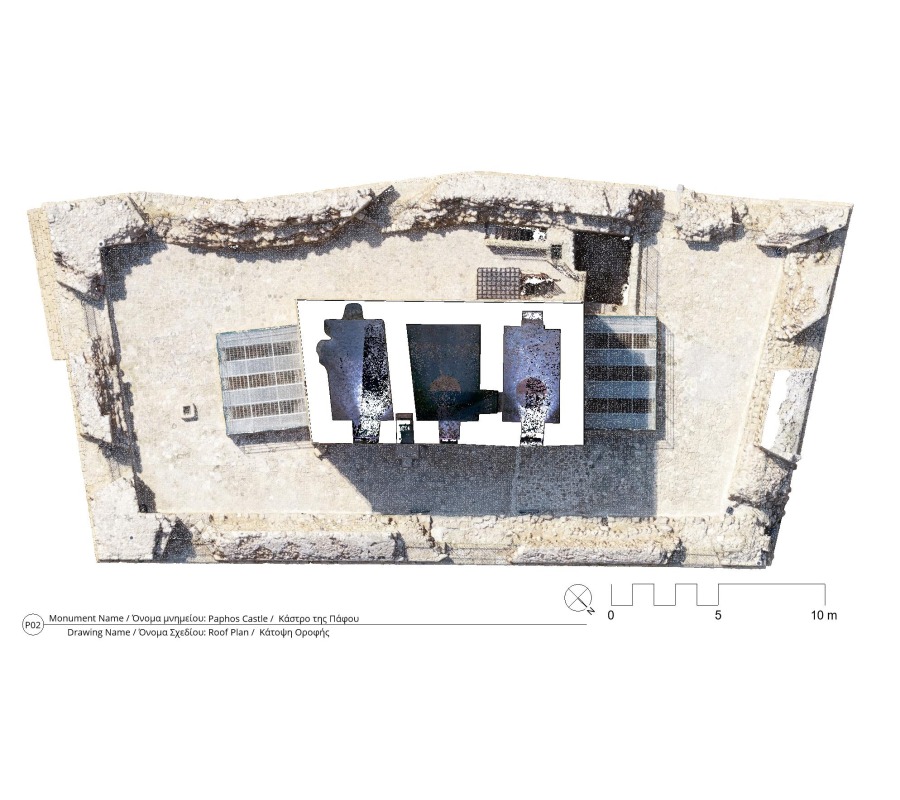 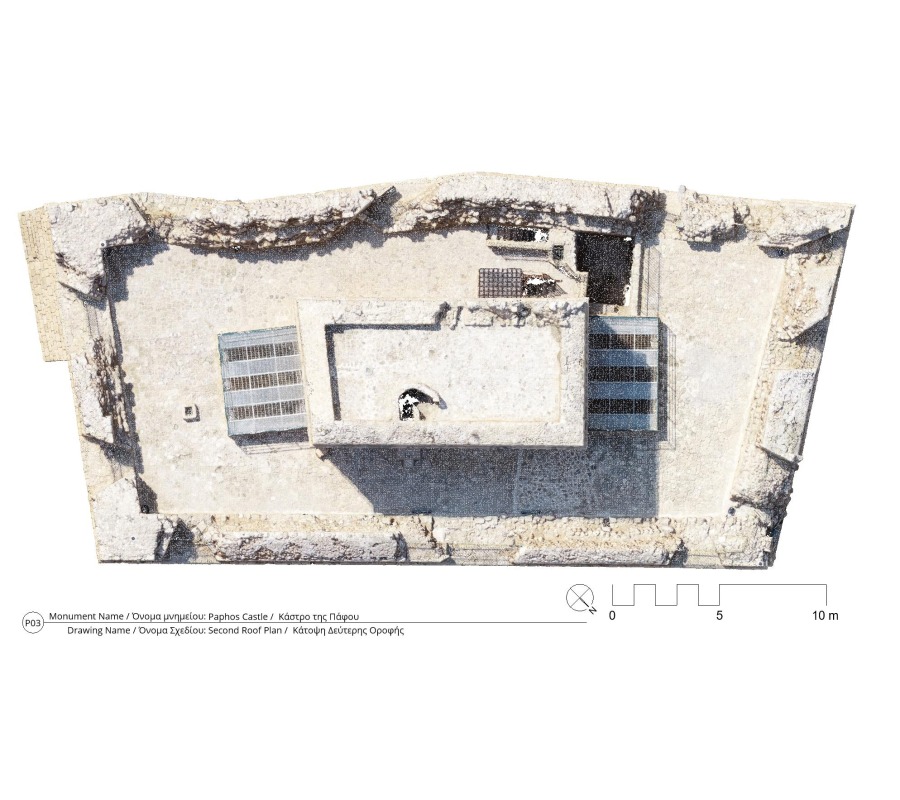 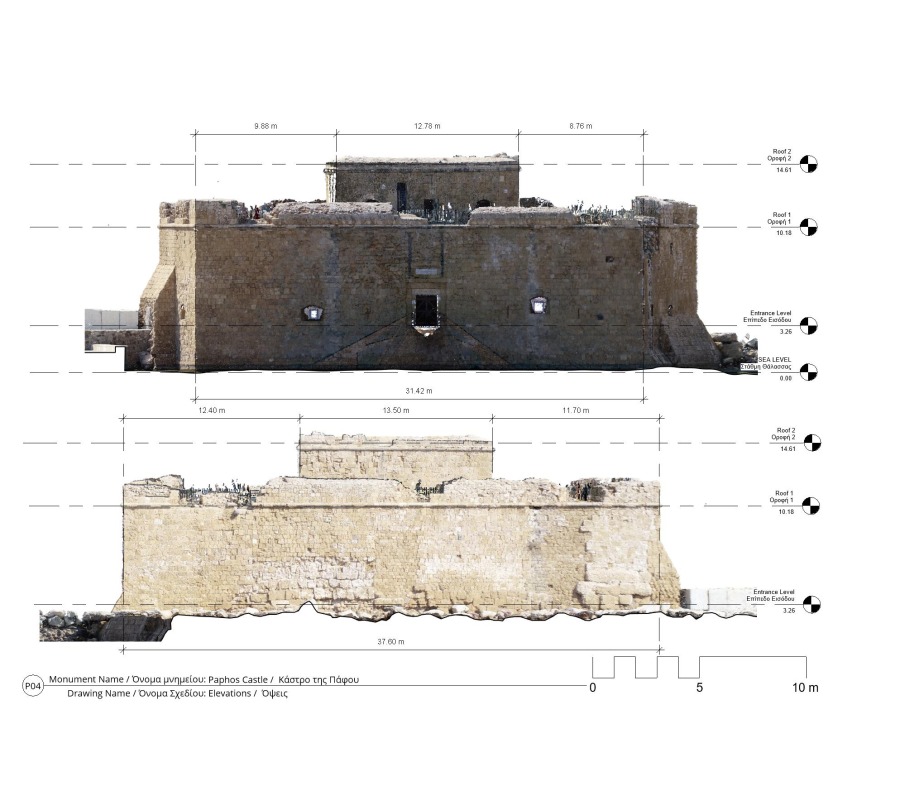 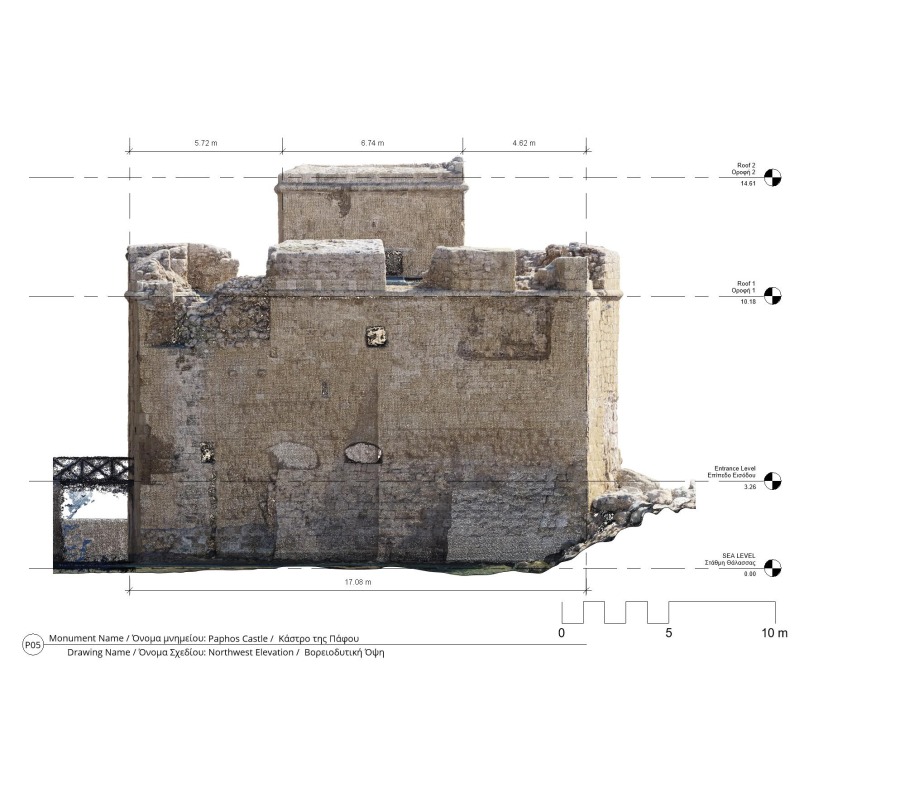 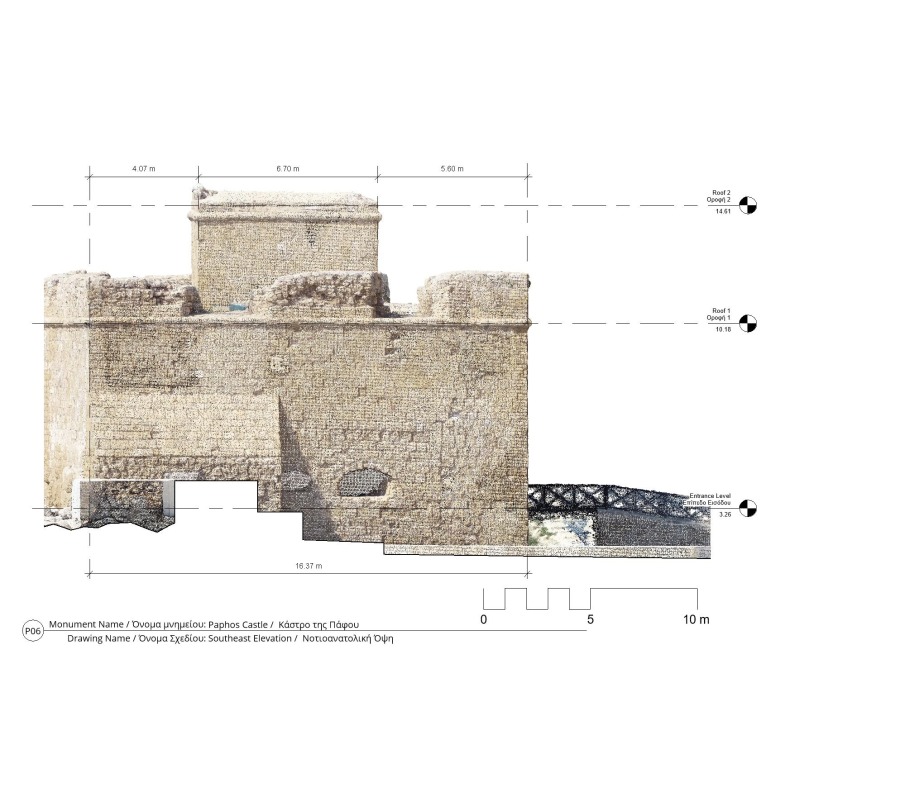 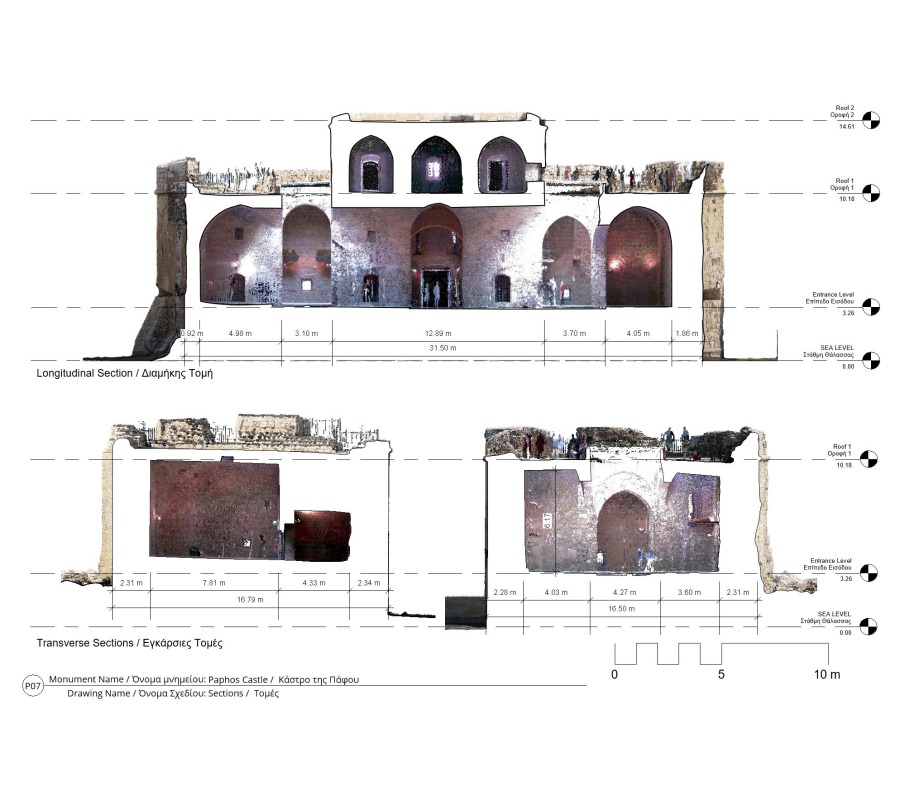 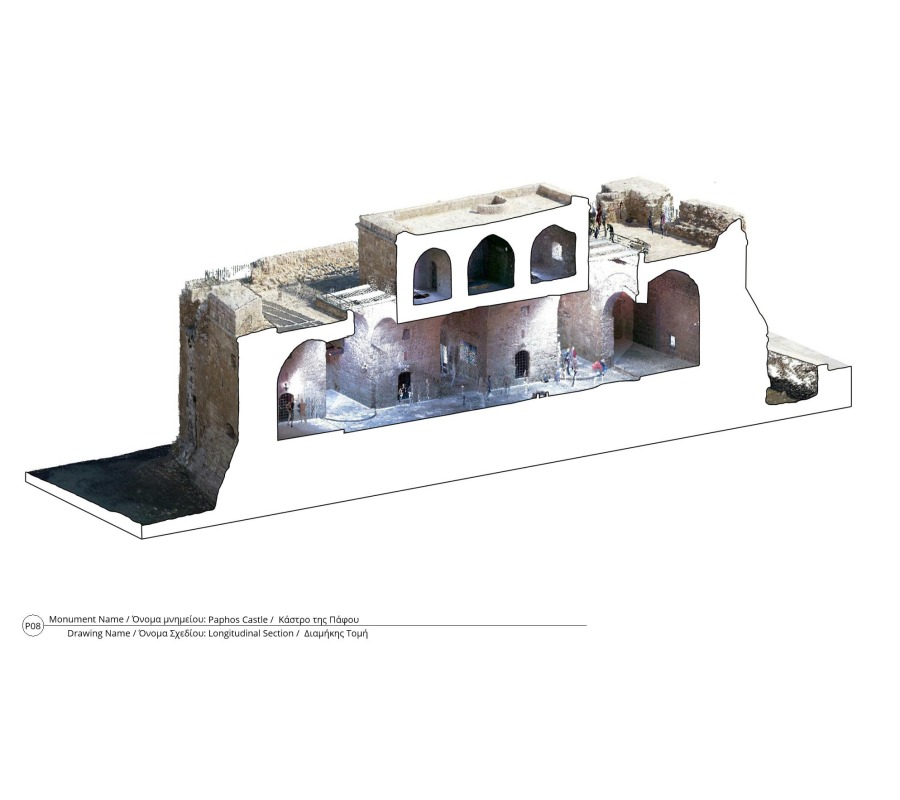 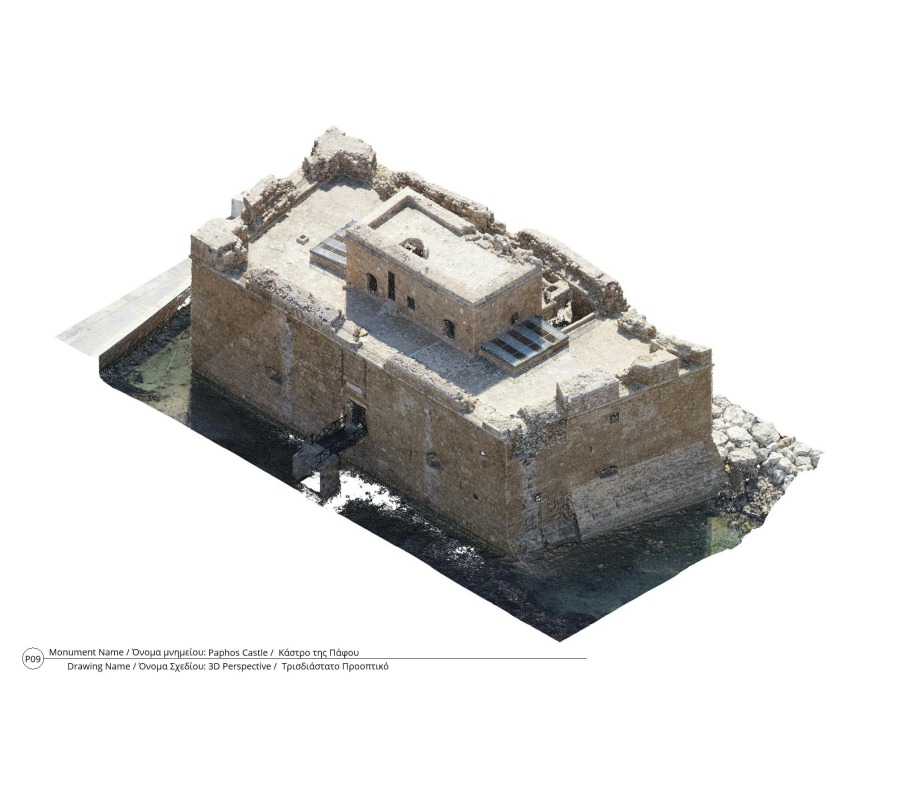 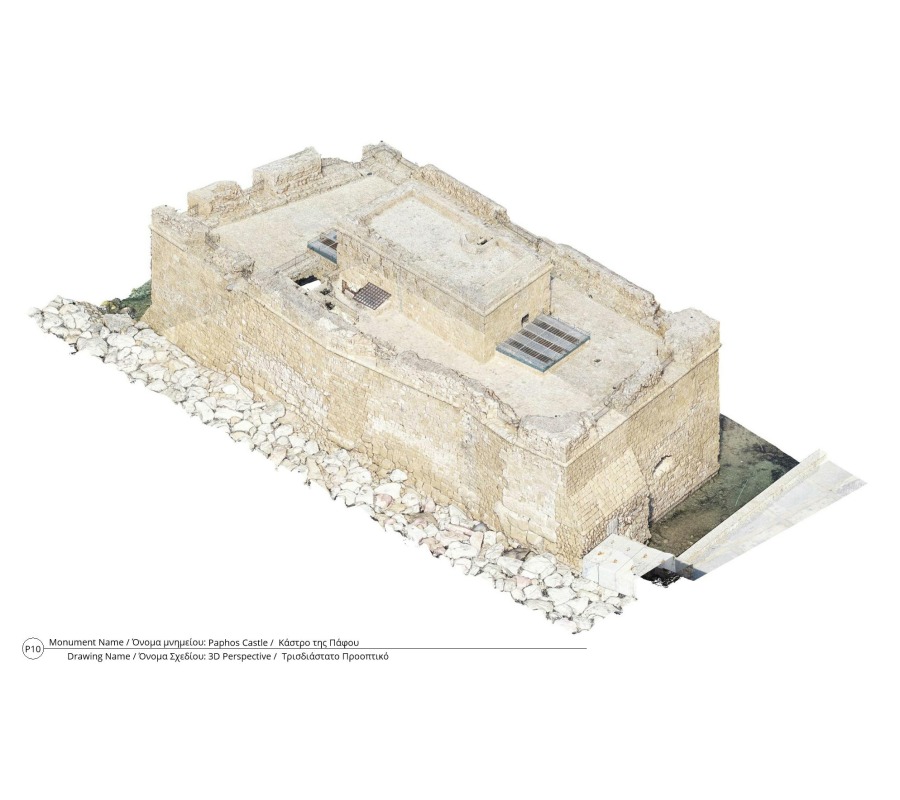 A. Aristeidou, “Pafos Castle: With a Short History of the Town and Its Fortifications